Francesco Tornatore founded his namesake winery on the northern slopes of Mount Etna in 2012 in the town of Castiglione di Sicilia. He was born there to a farming family, as was every generation of Tornatore dating back to the 16th century.

It was in the middle of the 19th century when the family started making wine. Francesco Tornatore’s great-grandfather, Giuseppe, worked two hectares in the hills above the town of Linguaglossa. Francesco was the first generation to attend university, becoming an engineer and after decades of success in Milan, returning to Castiglione di Sicilia to purchase land and continue his family’s legacy in the region.
Today the Tornatores farm 60 hectares of vineyards, including the contrada (districts) of Pietrarizzo and Trimarchisa, with elevations ranging from 400 to 700 meters above sea level. They work exclusively with the native varieties of the region.

Francesco comes from a long line of farmers. His family’s history dates to the 1600’s, tied to the land around the town of Castiglione di Sicilia, on the northern slopes of Mount Etna. It was Francesco’s grandfather, Giuseppe, who finally took the first steps away from the Tornatore ancestral home. But rather than being out of curiosity, it was from desperation.
Italy was economically devastated following World War II, and no region suffered worse than Sicily. Francesco’s grandfather was forced to emigrate halfway across the world to Australia for a job cutting sugar cane. It was backbreaking work, but it eventually afforded him - upon his return - a small hazelnut farm in the hills of Castiglione di Sicilia. He and his son - Francesco’s father - slowly expanded the family’s holdings to 90 hectares, with much of it planted to vines, olive groves, and hazelnuts. However, this was never meant to be a family business. Francesco’s father and grandfather worked hard so that he and his brother could leave the countryside and attend university. And so, Francesco, fulfilling the dream of his family, graduated from university with a degree in engineering. He left for Milan; a new chapter of the Tornatore family was being written.
In the 1990s, Mount Etna was a ‘wine region’ in name only; despite its DOC status, most of the wine was still being made in unsanitary palmenti (traditional gravity-fed stone wineries, often carved into hillsides) and being sold in bulk. International interest was practically non-existent and at best, Etna wines were a curiosity.
It wasn’t until the late 1980s when a pharmacist named Giuseppe Benanti applied a modern and empirical approach to winemaking, focusing on the native varieties of the region. Famously, he was inspired to make wine when he was having lunch with a colleague. Having ordered some wine from the area of Castiglione di Sicilia, he was so embarrassed by the quality that he felt he could only improve upon it. And so, he began a hobby that became an obsession. It was Benanti’s 1990 vintage of Pietramarina, a white wine made from the native Carricante grape that proved to Italy and the world that Mount Etna could be a region of great promise.
Meanwhile, Francesco Tornatore had lived up to his father’s dreams and more. In fact, he had become an unqualified success, receiving the order of the Cavaliere del Lavoro (an official recognition from the Italian government to those who have been ‘singularly meritorious’ in agriculture, industry, and commerce).
Yet, he felt a pull back to the countryside and seeing the new potential of Etna wines, he began purchasing vineyard land around Castiglione di Sicilia. He built a state-of-the-art winemaking facility and began work on an ambitious hospitality program. Every vine in the estate’s 60 hectares was replanted with drought-resistant rootstock, with no expense spared. Finally in 2012, he launched his eponymous label and for the first time in more than a century of grape growing, the name ‘Tornatore’ could be found on a bottle of Etna wine.
Francesco had returned to his roots. And, no, it was not the future his ancestor’s dreamed for him. But one has to believe that his father and grandfather are proud to have been able to afford Francesco the greatest luxury of all: choice. And so, after a lifetime of success, he chose to come home.

“For the first time in more than a century of grape growing, the name ‘Tornatore’ could be found on a bottle of Etna wine.”

Region: Etna
Founded: 2012
Proprietor: Francesco Tornatore
Winemaker: Vincenzo Bambina
Vineyards: Etna DOC 60 ha
Environmental: Certified Sustainable in the EU
Mount Etna is Europe’s largest active volcano, an area defined by heroic agriculture. The vineyards here reach elevations of more than 800 meters, and the vines gnarl against wind in soils of dark ash. However, the struggle reaps rewards; extreme temperature swings and October harvests give grapes of great depth and development. The wines here are made from the native grapes of Nerello Mascalese (red) and Carricante (white) and - while both reds and whites from Etna express a distinct salinity - differences in style are often a result of how high up the volcano the vineyard is located.
Tornatore’s 60 hectares range in altitude from 400m asl to 700m asl, with the lower elevations giving fruit-driven wines of more power and breadth. And, while the higher elevations are typically reserved for white wines in Etna, Tornatore also has red wines that reach 650m above sea level, and it’s there where you start to find a balance between power and elegance, with floral and sour-cherry aromas. In all cases, the volcanic soils here give the wines incredible energy and acid, making them gastronomic and ageworthy. 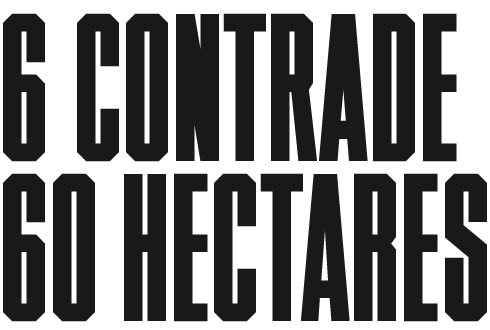 Tornatore’s philosophy is simple: spare no expense. Their winery is one of the largest estates in Etna, with a winery impressively outfitted with concrete, stainless steel, and conical wood vats for fermentation, as well as varying sizes of wood barrels for different aging regimens. Every vine and terrace wall on their 60 hectares has been carefully restored and the vineyards replanted on drought-resistant rootstock.
All of this however, is in service of native varieties and a clear expression of terroir. Stylistically, Tornatore focuses on the elegance of Etna, with perfumed and bright wines with character varying by site and elevation. Oak usage is always conservative to preserve the freshness in the wines, with the smallest barrel used at 25 hectoliters.

Maze Row imports several wines from Tornatore, including their flagship red, an old-vine Nerello Mascalese from the Trimarchisa contrada, on the northern slopes of Mount Etna. Their top white, Pietrarizzo Bianco, is fresh and complex Carricante from 650m above sea level.