Argiano as an estate dates back to 1580, when the Pecci family laid the cornerstone of the Villa Bell’Aria (literally, the “Good Air Villa”) in Southwest Montalcino, planting grapevines and olive groves on the surrounding land.

While steeped in rich history, the current moment is an important one in the story of Argiano; CEO and winemaker Bernardino Sani, along with agronomist Francesco Monari, have instituted a new focus on terroir-driven wines while overseeing the reconstruction of the historic Renaissance-era villa at the heart of the estate.
Today, Argiano has 57 hectares under vine. And, while Southwest Montalcino is famous for scorching summers and powerful wines, Argiano looms 300 meters above sea level, with access to cooling airflow from the Tyrrhenian Sea (just 50km away) - the ‘good air’ the Pecci family was talking about. This, along with an abundance of calcareous limestone amongst the clay soils, gives distinct elegance to the wines.

At the height of Robert Parker’s influence in 1990s, and under the winemaking direction of Giacomo Tachis, Argiano leaned into the powerful and extracted style for which the southwest of Montalcino was known. To add to the intensity of these wines, they then aged the Sangiovese in new barriques, which, prior to the 1980s, was an unheard-of practice in Montalcino (Tachis was the first to push the practice of aging wines in barrique in Italy, instead of the traditional Slavonian cask).
The wines were dense and powerful, but ‘dense and powerful’ does not mean ‘singular’. And Bernardino Sani, the CEO and winemaker of Argiano since 2012, is not interested in powerful wines if they don’t also carry a sense of place, if they aren’t, by taste alone, inextricable from this estate.
So, first went the small barrels. Bernardino wanted more elegance to the wine, more purity of fruit, so he took the winery from barrique to large barrel; 10-50 hectoliter French and Slavonian casks. Then came the soil mapping project, identifying plots of the estate with the highest proportion of limestone marl, uncommon for the area (which, just like in regions like Champagne or Burgundy, helps to give the wine ‘zip’). Then, he took the estate organic, officially completing its conversion in 2018. And with that came the biodiversity, the green manure, and the beekeepers (in addition to wine, Argiano now sells honey). Now, the estate is lowering planting density to ensure a balanced expression as global warming affects the vineyards.
Decision after decision, but not because Bernardino is chasing scores. Rather, he wants to showcase terroir and - a word he uses over and over - ‘eleganza’. He wanted a wine that spoke of the estate’s elevation and soil, its ocean breezes and its warmth.
It becomes a philosophical conundrum: when you’re trying to make a wine of place, by definition, you can’t impose a style. In fact, you’re trying to get out of the way of what the grape wants to be. So, Bernardino became a winemaker that has tried to do less.
It is a new and important moment for the winery, one where they’re not making decisions based on commercial viability, but on the potential for greatness.
About the Villa Bell’Aria and estate:
The estate dates back to 1580, marked by the first year of construction of a villa on the land by the noble Pecci family from Siena. Known as the Villa Bell’Aria, this house serves as the focal point of the estate, hosting hospitality and winemaking. The Peccis picked this place, just 50 kilometers from the Tyrrhenian Sea, and soaring 300m above the surrounding valley like a tabletop, because they liked the quality of air. One has to wonder if they knew that grapes like elevation and sea breezes as much as people do.
Records show that wine was made on the property since at least the early 1600s, passing over time through a revolving door of noble families, until it came under the possession of Lady Ersilia Caetani Lovatelli in the second half of the 19th century. Lady Lovatelli used her social influence to promote the wines of her estate, bringing Argiano its first bit of fame. Nobel Prize-winning poet Giosue Carducci wrote in verse at the time, “I cleanse myself of this bitterness with the wine of Argiano, which is very good” - a nice bit of product placement for the late 1800s.
The winery continued operating through the beginning of the 20th century, winning gold at the Brussels Food Fair in 1932. But Argiano shares its most significant historical moment with the region of Montalcino as a whole: in 1967 Argiano was one of the founding estates of the consortium that legally created the ‘Brunello of Montalcino’. To put this in context, Montalcino was the poorest hilltop town in southern Italy at the time. By defining it by its remarkable wine and creating an organization to protect it, a small group of producers rewrote the history for an entire region.

““It’s a new and important moment for the winery, one where they’re not making decisions based on commercial viability, but on the potential for greatness.”

Region: Montalcino
Founded: 1580
Proprietor: André Esteves
Winemaker: Bernardino Sani
Vineyards: Montalcino 57 ha
Environmental: Certified Organic in the EU
Montalcino is located south of Siena, in southern Tuscany, encompassing 24,000 hectares, with 5,000 hectares delimited for the production of Brunello. Soils are varied, though calcareous and galestro soils are more common at higher altitudes.
And while Montalcino has no officially recognized sub-zones, its common practice to make regional distinctions. Argiano is located in Sant’Angelo in Colle, in the southwest, known for high temperatures and broad, powerful wines. But Argiano is at elevation, which makes all the difference. Their 57 hectares under vine are situated between 270-320m above sea level, and the estate towers over the surrounding landscape. At just 50km from the Tyrrhenian Sea, the vineyards have a clear path to cooling ocean influences.
Additionally, Argiano’s limestone-rich soils give the wines additional freshness and elegance. Sangiovese, in particular, is a grape that relies on acid for its distinctive character, and high-pH soils like limestone help maintain acidity in grapes late into the growing season. Meanwhile, with vines as old as 65 years on the estate, high-calcium soils allow for easier nutrient uptake and water access. Yet, the wines still maintain the cherry fruit and plush tannins common in the sun-soaked southern half of Montalcino. The results are equal parts power and grace. 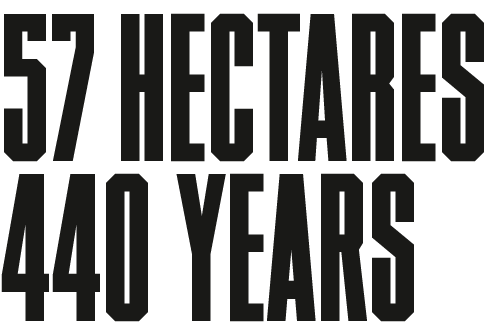 Winemaker and CEO Bernardino Sani wants to bring back the classical elegance of Argiano from the 1970s. To that end, he and his agronomist, Francesco Monari, have been painstakingly restoring the vines on the property, reducing planting density, and implementing organic practices (the winery has been certified organic since 2018). What he is looking for is elegance: meaning more acid, more structure, and more floral and ethereal aromatics.
Bernardino supports that vineyard work in the cellar with conservative oak usage, native yeast fermentations, and limited filtering, preferring to allow the grapes to express their typicity. The resulting wines show incredible lift and freshness, even with a significant backbone of fruit and mint character.
As he tells it, it’s not about making the ‘best’ wine, it’s about making the wine that is most representative of Argiano’s unique and spectacular location (in terms of both beauty and grape growing). In that way, you create a deeper connection to place and time. With this approach, ironically, Bernardino is making some of the best wines of the estate’s storied history - but more importantly, he’s making some of the most meaningful.